The Illinois International Port District is an Illinois municipal corporation created to promote the shipment of cargoes and commerce through its facilities. The IIPD is the owner and master landlord controlling two land areas in South Chicago: the Iroquois Landing Terminal, an open paved terminal with 3,000 linear feet of ship and barge berthing space located at the mouth of the Calumet River in the southwest corner of Lake Michigan; and Senator Dan Dougherty Harbor (Lake Calumet Terminal) which encompasses approximately 1,600 acres of land and currently is home to various harbor operations and terminals located at the junction of the Grand Calumet and Little Calumet Rivers, situated six miles inland from Lake Michigan. The IIPD’s harbor facilities are served by rail facilities and are adjacent to three interstate highways and feature an abundance of warehouse facilities.

The Illinois International Port District is a political subdivision, body corporate and municipal corporation created by the Illinois General Assembly pursuant to the Illinois International Port District Act (70 ILCS 1810)  to promote the shipment of cargoes and commerce through its facilities.  It is governed by a Board of Directors who appoint an Executive Director who manages all operations of the IIPD. Click the links below to learn more:

The IIPD vision is to better utilize existing facilities and position the port to realize its full economic potential, while also providing workforce, community, recreational and environmental benefits. The Port of Chicago truly brings the world markets to Chicago’s doorstep and Chicago’s products to the world.

The governing and administrative body of the Illinois International Port District is a board consisting of nine (9) members. Appointments to the Board consist of four (4) members appointed by the Governor of the State of Illinois and five (5) members appointed by the Mayor of the City of Chicago. Their five year staggered appointments require confirmation by the State Senate for the Governor’s appointments and the City Council for the Mayor’s appointments. The Board elects from its membership a Chairman and Vice-Chairman for a term of three (3) years or for the term of the appointment as a member of the Board, whichever is shorter.  Learn more about each member below. 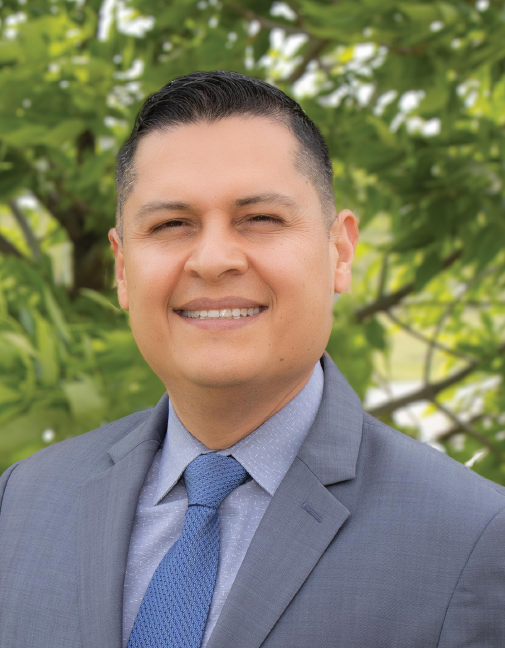 Ivan Solis is President of Solis Construction, a Chicago based commercial general contractor founded in 1994. Solis specializes in interior build-outs, new construction and renovations of office spaces, retail, banks, schools, restaurants, clinics, multi-family buildings and light industrial facilities. In addition to its local portfolio, Solis has completed projects in Indiana, Michigan, Ohio and the St. Louis metropolitan area. Mr. Solis’ civic engagement includes serving on the board of directors of the Hispanic American Construction Industry Association (HACIA). Ivan was elected to HACIA’s Board in 2009 and he has served as Board President since 2013. In addition, Mr. Solis has served on the Catholic Charities regional advisory Board for the south region since 2010. He also serves on the Board of the Latino Worker Safety Center (LWSC), a nonprofit that provides multilingual workplace safety training. Ivan has been honored to serve on the Transportation and Infrastructure. 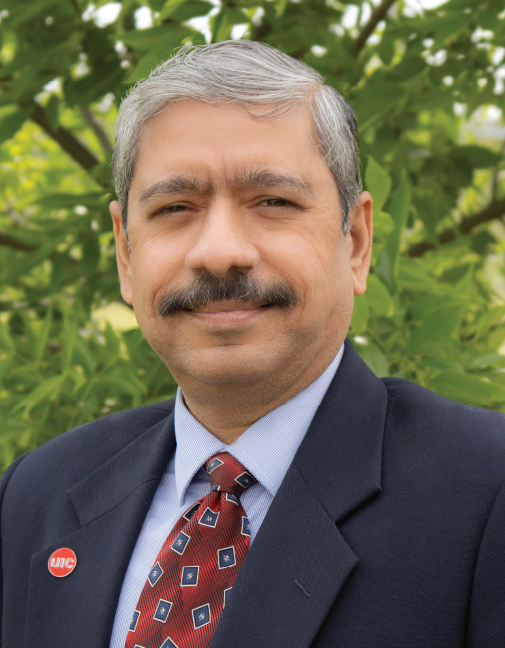 Dr. P.S. Sriraj is the Director of the Urban Transportation Center at UIC. He also is Director of the Metropolitan Transportation Support Initiative (METSI) and Research Associate Professor. His areas of expertise include public transportation systems, equity and transportation improvement, program evaluation and applying systems thinking/complex problems approaches to transportation. Since 2000 he has served as principal investigator or a co-investigator on more than 42 funded research projects, generating more than $14 million in research funding. He serves as an Associate Editor in the Journal of Public Transportation, the Journal of Geographic Information Systems, as well as serving as a Director in the Executive Committee of the Council of University Transportation Centers. Dr. Sriraj earned a Doctor of Philosophy degree in civil engineering and a Master’s of science degree in civil engineering from the Illinois Institute of Technology. And, he holds a Master’s of Science in physics and a Bachelor’s of Engineering in Civil Engineering from Birla Institute of Technology & Science, Pilani, India. 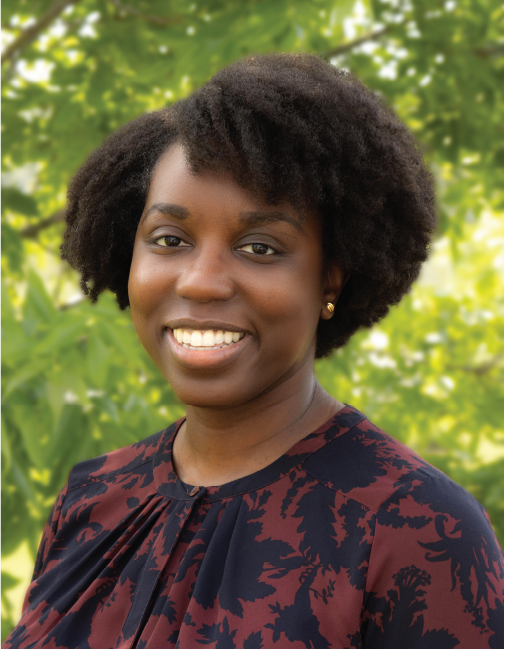 Averil Edwards is Managing Counsel – Environmental, Health & Safety at United Airlines, Inc., where she advises and represents the Company on all environmental and sustainability matters, occupational health and safety, and food safety regulatory matters. Ms. Edwards is also a member of United Airlines Legal Department’s Pro Bono and Community Service Committee and Co-Chair of the Department’s Diversity, Equity & Inclusion Committee. She is an alumni of the Chicago Urban League's IMPACT Leadership Development Program in partnership with The University of Chicago Booth School of Business, a 2016 Fellow of the Leadership Council on Legal Diversity, and serves on the leadership team for United’s multicultural business resource group. Ms. Edwards received a B.A. in English, summa cum laude, from Oakwood University and a J.D. from the University of Chicago Law School. She serves as Secretary on the Board of Directors of Ladies of Virtue, a non-profit organization focused on improving the lives of girls in Chicago’s underserved communities. 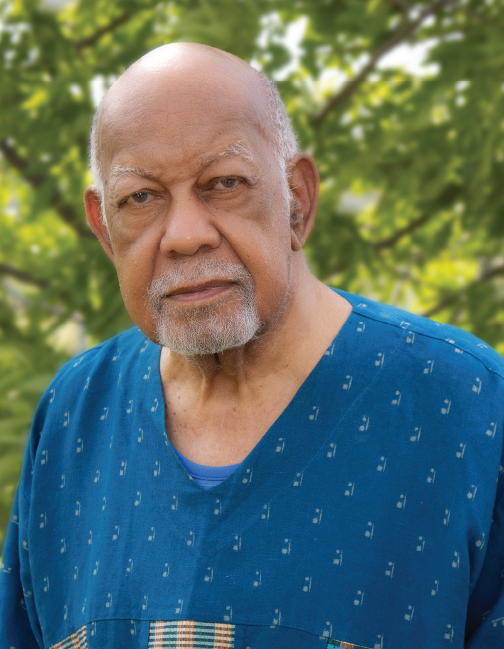 Mr. Charles (Chuck) Bowen served as the link that connected the African American Communities to the City of Chicago through the Daley Administration. Before his retirement in December 2004, Mr. Bowen served as the Executive Assistant and Senior Cabinet Member to Mayor Richard M. Daley. As the Liaison for the Religious Leadership in the Metropolitan Area, he worked specifically with ministers to connect them with city government. Born in Atlanta, Mr. Bowen moved to Chicago with his family at age 6. His political career began when he joined an organization called the Young Democrats. His people skills prepared him for 23 years in the private sector at Importers Somerset, one of the leading producers of beverages. He also worked as a liaison for the NAACP and the Urban League, served a 4-year term as Deputy Clerk of the Cook County Board of Commissioners, was elected to a 4-year term on the Cook County Board and during his tenure there, developed the first 30’s set-aside affirmative action program, which for the first time included women and minority participation in all county contracts. Mr. Bowen and his wife of over 50 years, Verna, live in the Bronzeville area of Chicago where he is a passionate collector of African and African-American art, a member of the Coalition of Religious Leaders of Illinois, the Concerned Clergy For A Better Chicago, Civic Leaders of the Chicagoland Area, and founding member of the National African American Military Museum. 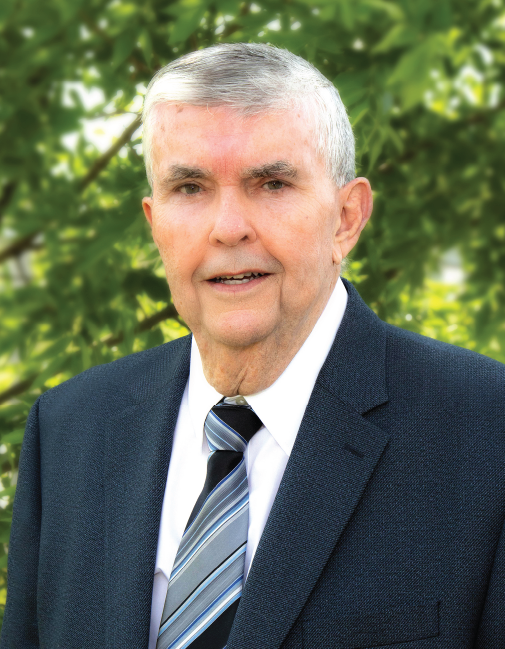 Terrence Sullivan was appointed to the Illinois International Port District Board of Directors in 2009 by Governor Quinn. Mr. Sullivan has over forty years experience in construction, facilities, and personnel management. He has also worked extensively in community building and relations. Mr. Sullivan is a resident of Orland Park. 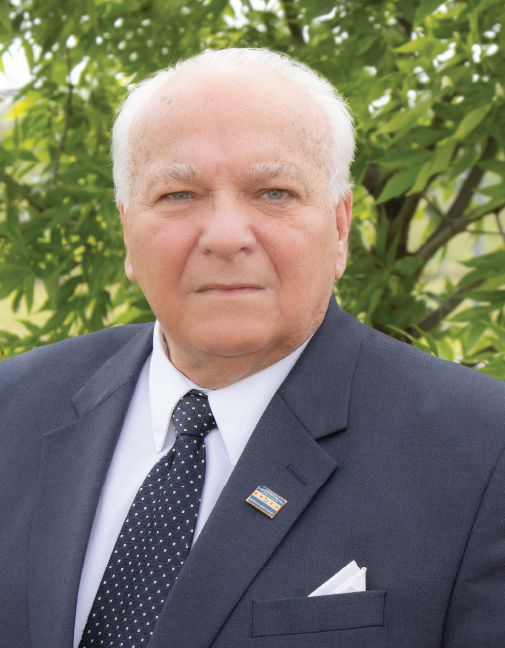 Henry V. Wisniewski, C.S.R. served in the United States Army from 1969 to 1972. Attended United States Army Transportation School, Fort Eustis, Virginia receiving a diploma to be a Transportation Movements Specialist. Served in Headquarters US Army Terminal Command, Thailand as a Transportation Control and Documentation Specialist. Served in US Army Combat Development Command Personnel and Logistic Systems Group, Fort Lee, Virginia as an aide to Brigadier General Ross R. Condit Jr. Additionally, Mr. Wisniewski graduated from Chicago College of Commerce with an Associate Degree in Business with a major in Court and Convention Reporting and is a Licensed Certified Shorthand Reporter. Mr. Wisniewski is a life-long resident of Chicago and is married with three children. 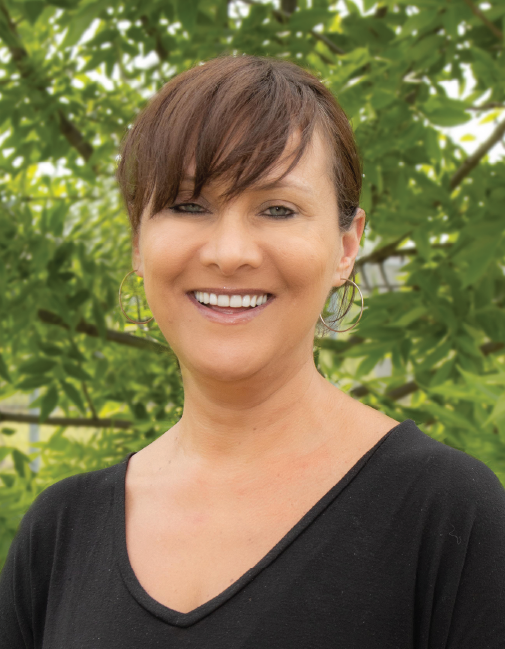 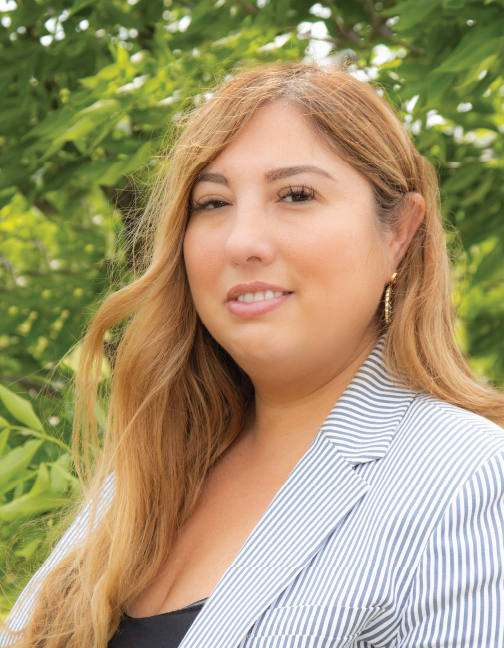 Erika Rodriguez was born and raised in Chicago and attended Whitney M. Young Magnet High School. She earned an Honors degree in Communications and Marketing from Loyola University Chicago. After working at Telemundo Chicago as a field production intern, she also worked for On the Border Restaurants where she became one of the youngest female managers hired by the company. 15 years later, Erika began her career with New York life as a Financial Services Representative where she received her Series 6 and 63 and strived to help families and businesses to protect themselves, with the ability to help in retirement planning. She is now a Managing Broker and co-owner of a real estate management company in the 10th ward where she also lives and continues to help the area, neighborhood, and residents. 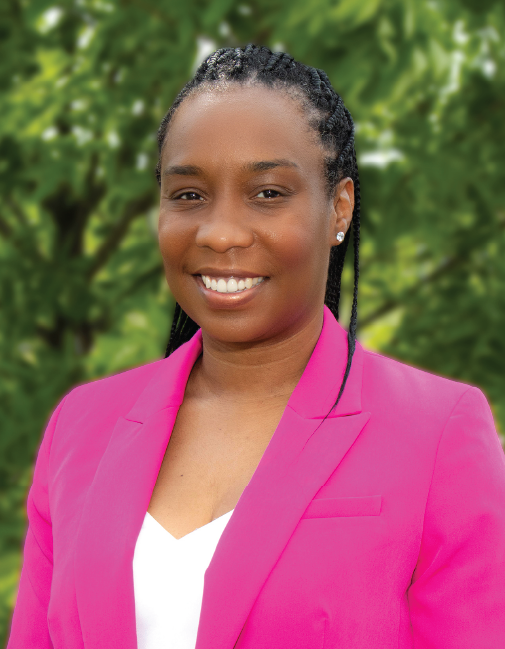 Michelle McClendon is the Operational Leader and Project Executive for Gilbane Building Company. She leads Gilbane Chicago’s K-12 and public-sector markets and is responsible for management and administration from award through occupancy. Michelle is passionate about being part of the fabric of local communities and is dedicated to educating the next generation and advancing Chicago’s sustainability efforts. A 17-year construction veteran who joined Gilbane in 2020, she has a portfolio that includes corporate headquarters, high-end and multifamily residences, schools and public-use facilities. She is a LEED-accredited professional for interior design and construction and a member of the Board of Directors of Illinois Green Alliance. To promote STEM, she co-founded the Myesha & Michelle McClendon Scholarship Fund for African American women. Michelle earned her Bachelor of Science in General Engineering with a minor in Computer Science from the University of Illinois at Urbana-Champaign and her MBA from the Liautaud Graduate School of Business at the University of Illinois at Chicago. She is also a LEED AP ID+C. Michelle is dedicated to continued service and a proud member of Alpha Kappa Alpha Sorority, Incorporated. 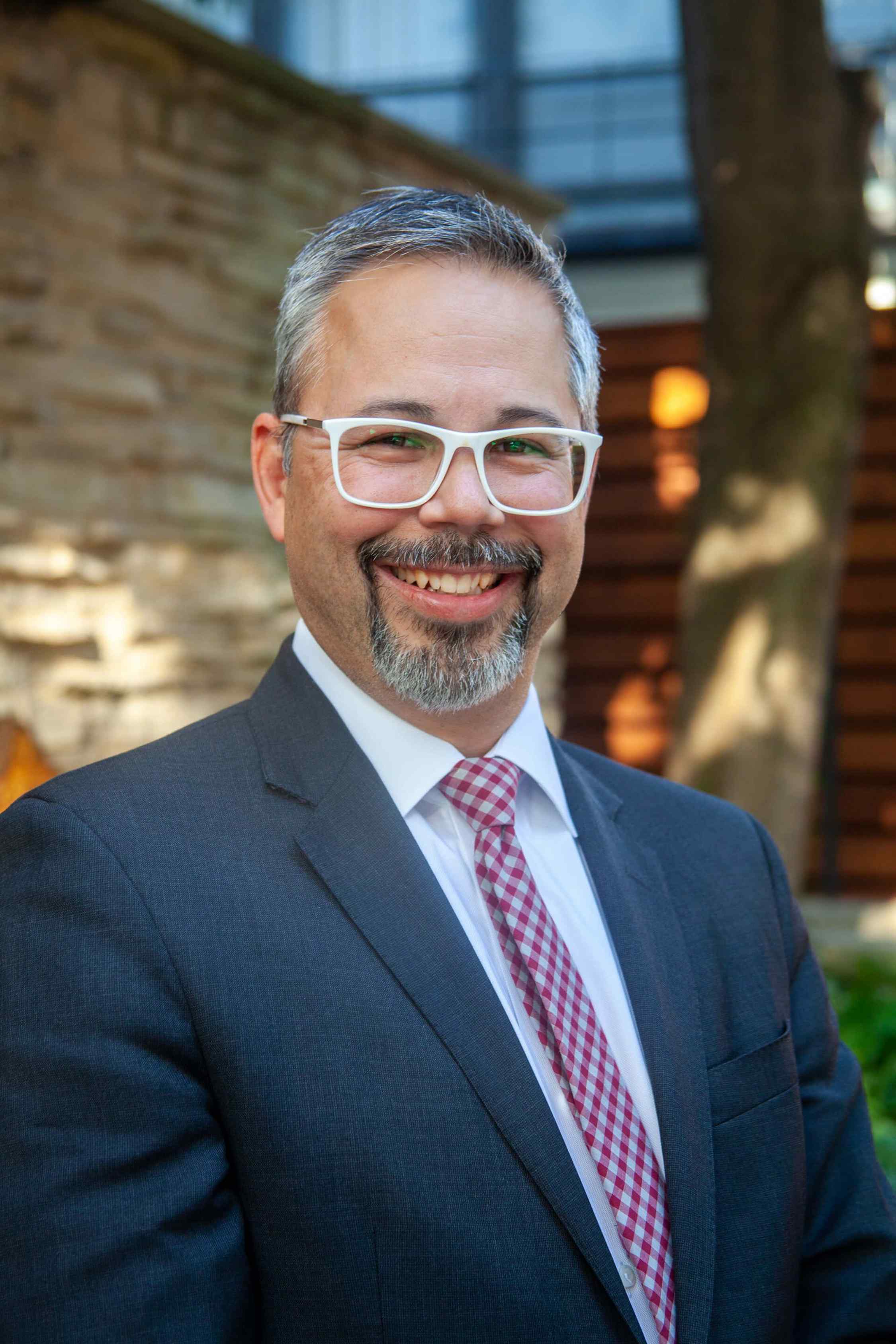 Erik Varela has served as the Executive Director of the Illinois International Port Authority since September 2021.

Prior to being named Executive Director, Mr. Varela most recently served as Senior Director of Public Affairs for Union Pacific Railroad.  In that role he was responsible for leading all legislative, governmental and community relations activities in Illinois and Wisconsin on behalf of Union Pacific.  During his time with Union Pacific, Erik served as Chairman of the Illinois Railroad Association and on several boards and committees, including the Illinois Freight Advisory Council, CMAP Freight Committee, Cook County Economic Development Advisory Council, Will County CED, Metro Milwaukee Association of Commerce, and others.

Prior to Union Pacific, Erik worked for fifteen years at various levels of local government, was a small business owner and restaurant manager. A graduate of DePaul Law School, he began his government service as an attorney with the Law Offices of the Cook County Public Defender where he drafted and argued appeals and post-conviction petitions on behalf of his clients. Shortly thereafter, he continued his work as a public servant as an attorney and government affairs professional with the Chicago Park District and the Forest Preserves of Cook County.  In this capacity Erik represented these agencies before the Chicago City Council, the  Cook County Board and the Illinois General Assembly. Additionally, his work involved senior management responsibilities; real estate contract negotiations and drafting; litigation and trial work; as well as serving as FOIA Officer among other duties.

Aside from his time studying at Michigan State University and working in the Detroit area, Erik was born in Chicago where he lived and played in the Albany Park and Humboldt Park neighborhoods.  He currently resides in the Logan Square community with his wife and daughter.

Please contact U.S. Customs and Border Protection Chicago regarding the status of all imported and exported shipping at 847-928-3000.