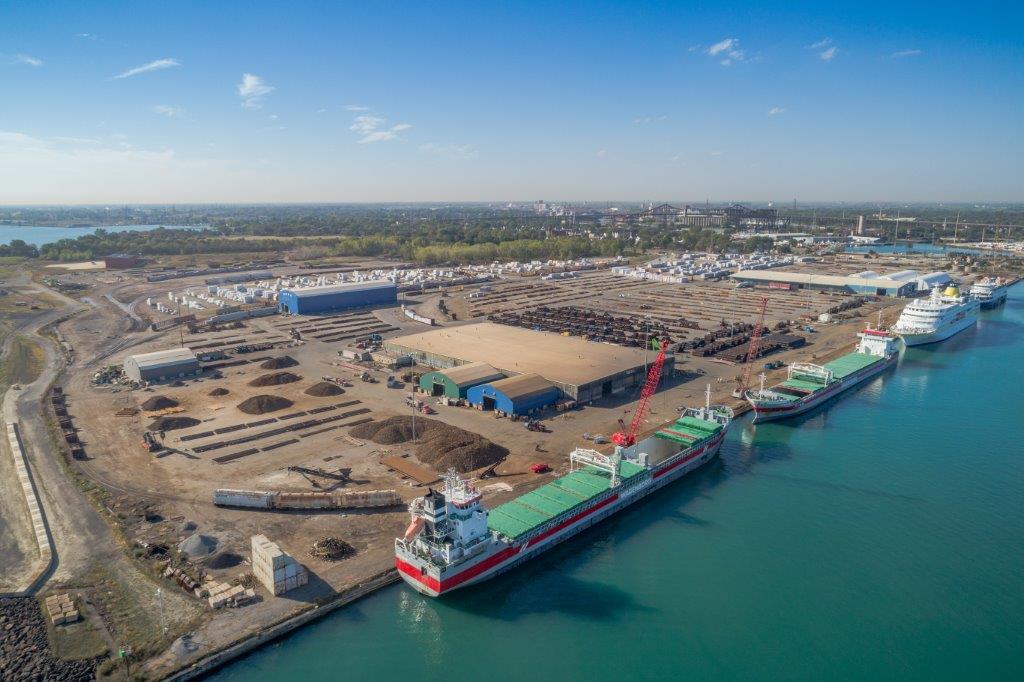 The Illinois International Port District enjoys being the only Port facility with the distinction of being both a Great Lakes Port as well as an Inland Rivers Port.

The Illinois International Port District has two main facilities on the Lake Michigan, Lake Calumet and the Calumet River.

Situated at the southwest corner of Lake Michigan and the entrance of the Calumet River, the Illinois International Port District's Iroquois Landing facility sits on 190 acres and receives international ship traffic through the St. Lawrence Seaway as well as domestic commodities via barge from the Gulf of Mexico and all points north and south of and along the Mississippi River system as well as the Illinois River.

Our Lake Calumet facility encompasses an additional 1,600 acres which sit six nautical miles southeast of Lake Michigan at Lake Calumet.  This facility also known as the Senator Dan Dougherty Harbor receives international ships during the opening of the St. Lawrence seaway and barge traffic all year round and enjoys multiple transit shed and the ability to accept bulk, liquid bulk, break bulk and container traffic.  A wide variety of commodities pass through this facility daily.